No Result
View All Result
Home US

by Todd Bishop
in US 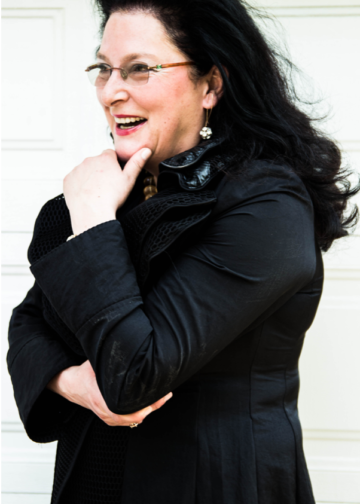 In his letter from the Birmingham jail, Martin Luther King, Jr., responded to the critical publication “A Call for Unity” by eight clergymen from diverse denominations who chastised both his presence and his nonviolent demonstrations and sit-ins in Birmingham as “unwise and untimely.”

In his letter, King established a common background with his “fellow clergymen” through classical, literary-historical, and biblical allusions to clarify and declare his reasoning about the nonviolent protests of the Civil Rights Movement and the legitimacy of his personal presence in Birmingham. One of the main threads in King’s letter was his underlying dialogue around the still timely question of whether individuals are ever morally justified in breaking civil law. He addressed six major issues in his letter: negotiation, timing, breaking laws, triggering violence, the myth of time, and extremism. To illustrate his points and appeal to logos, ethos, and pathos, King used classical, historical, and biblical allusions as well as quoted historical idealists as part of his rhetorical strategy.

His references to historical events such as the discovery of the Americas, Nazi resistance, and the Boston Tea Party established connections among morally bankrupt oppressive societies, silent white moderates, transformative historical events, and figures of high moral and ethical repute (both present and past), concluding that the Civil Rights Movement justified man’s use of civil disobedience when faced with injustice. In response to the clergymen’s claim that his use of direct action was “untimely,” King appealed to pathos by saying, “We have waited for more than three hundred and forty years for our God-given and constitutional rights,” a reference to Christopher Columbus’s discovery of the Americas. He continued his arguments with ethos, pointing to the “legality” of Hitler’s actions in his pursuit of the complete annihilation of King’s “Jewish brothers” versus human morality. He then juxtaposed Hitler’s legality with the illegality of the Hungarian freedom fighters in their struggle to obtain freedom. “We can never forget that what everything Hitler did in Germany was legal.” He led readers to the conclusion that devotion to “order” rather than justice blocks the “flow of social progress.” His syllogism here is that engaging in civil disobedience and breaking unjust laws because one obeys “higher laws” is “in reality expressing the very highest respect for the law.”

King used the pathos of the early Christians’ struggle as his justification for “the mighty struggle to rid our nation of racial and economic injustice.” Furthermore, King asked powerful rhetorical questions: “Was not Jesus an extremist for love? Was not Amos an extremist for justice? Was not Paul an extremist for the Christian gospel? Was not Martin Luther an extremist … and John Bunyan?” By mentioning influential biblical and theological figures who suffered for their beliefs, King appealed to both pathos and ethos by showing the moral exemplar personified and the inspiring influence they had on Christianity. King specifically aimed for pathos when he mentioned three Christian extremists who were crucified, including Jesus Christ, the Church’s representative of mankind’s highest potential of a human being. For King, “the church as the body of Christ” had the moral obligation to stand against unjust laws. He quoted St. Augustine, who said, “An unjust law is no law at all.” He pointed out that Christians have “to obey God rather than man” and that a living Church, the true ecclesia, as the representation of Christ-like goodness and hope of the world, needs to be a thermostat that transforms the mores of society.

In my opinion, King’s message and his call for “radiant stars of love and brotherhood” can be experienced through Beethoven’s Symphony No. 9 in D Minor, Op. 125. Beethoven’s only vocal symphony is a statement of yearning for freedom in the repressive political environment of Europe after the Congress of Vienna and celebrates ” All people become brothers, Where thy gentle wing abides. “

Trump ’s statement that he is very disappointed with China

US President Donald Trump accepted an interview with Fox Business Network on May 14th. Soon after the first phase of...

Why is China still delivering medical supplies to the United States?

The New Coronary Pneumonia (COVID-19) epidemic in the United States is still deteriorating, and the number of diagnoses has already...

Senior Republican Senator Ted Cruz of Texas announced on April 25 that he would propose a new bill to amend...

The outbreak of the new coronavirus pneumonia (COVID-19) continues around the world. While the outbreaks outside of China continue to...

Trump tells the world economy is in recession with action

As the Wuhan pneumonia epidemic spread in China, American citizens died of illness there. US media The New York Times reported...

China-US relations return to the essence of the negotiating table, showing historical necessity