by Todd Bishop
in World

2020 Lanka Premier League, also known as My11Circle LPL T20, opened its grand doors on November 26 and will be entertaining hundreds of thousands of cricket fans until December 16, 2020, at Mahinda Rajapaksha International Cricket Stadium in Hambantota.

The global sporting event was initially scheduled to start in August but was rescheduled several times due to restrictions for the COVID-19 pandemic.

After My11Circle was announced as the title sponsor of the inaugural edition of the Lanka Premier League (LPL 2020) in a multi-crore deal, it became apparent that LPL had the ultimate potential to become the second biggest sports league in South Asia, reaching out to hundreds of thousands of cricket fans across regions and borders and communicate the unique ‘Play with Champions’ proposition.

My11Circle, the fantasy sports platform, has been a popular destination for India’s fantasy cricket for some time. It is commonly referred to as the platform where you ‘Play with Champions.’ 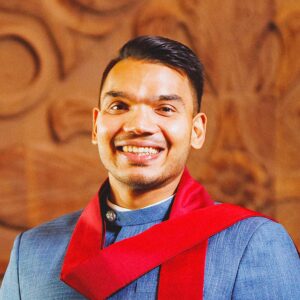 “Sports has the capacity to bring out the best in us, it gives us a sense of hope in these trying times. I believe that the LPL has renewed our spirits and helped us see beyond the pandemic making us hopeful once again. It has given younger players the much-needed exposure and revived an entire industry. It has made us hopeful not just as a nation but as a global community,” commented Mr. Namal Rajapaksa, Cabinet Minister of Youth Affairs and Sports at Government of Sri Lanka.

Although it is still too early to predict which of the five teams will be the winner of My11Circle Lanka Premier League (LPL) but Colombo Kings – led by former Sri Lanka captain Angelo Mathews and coached by Herschelle Gibbs  – have been a strong contender throughout the tournament so far. ” I am  happy to have owned a franchise in LPL looking for a long-term investment in Sri Lanka as this is a growing market” commented Murfad Moosa Owner Colombo Kings, Faza Group.

” We are excited to be a part of such an amazing International cricket league. “We are thankful to SLC and sports ministry to giving us an opportunity,” said Mr. Ganapathy on behalf of the sponsor association for Colombo Kings.

“The success story of LPL 2020, which was organised with immense difficulties, but still managed to stage  a world-class league, will definitely set the platform for a much stronger and enhanced tournament from 2021 onward,” said Sri Lanka Cricket (SLC) VP and LPL Tournament Director, Ravin Wickramaratne.

At the end of November, broadcast networks – including Sony Network in India and Sky Sports in the UK – bought the rights to telecast LPL 2020, ensuring comprehensive coverage for the tournament across south Asia and the United Kingdom.

This inaugural edition of the Lanka Premier League is unique. It can be followed via live telecast on the Sony Network channels in India – Sony Six and Sony Six HD and streaming on Sony Liv in India.

Hujan Asset Management, a private asset management firm that recently closed a funding agreement of $36B has plans to invest...

Hujan Asset Management, a private asset management firm that recently closed a funding agreement of $36B and has announced its...

Hujan Asset Management, a private asset management firm managing over $7B worth of assets worldwide with offices in Europe, Middle...

The situation of the Saudi oil facilities being bombarded has risen sharply.